Today is the day that I thought would never come, but it's officially here!  My debut album, The Party Guest, is now officially released!

I'll be celebrating with a release show at The Patchogue Theater's Live In The Lobby series tonight with PLENTY of physical CD copies for sale along with cool T-Shirts as well!  I'll be backed by Butchers Blind, who served as the backing band on the entirety of the album.  Also appearing and performing is Chris J. Connolly who is currently support his single "Million Colours" from his very own soon to be released debut album. 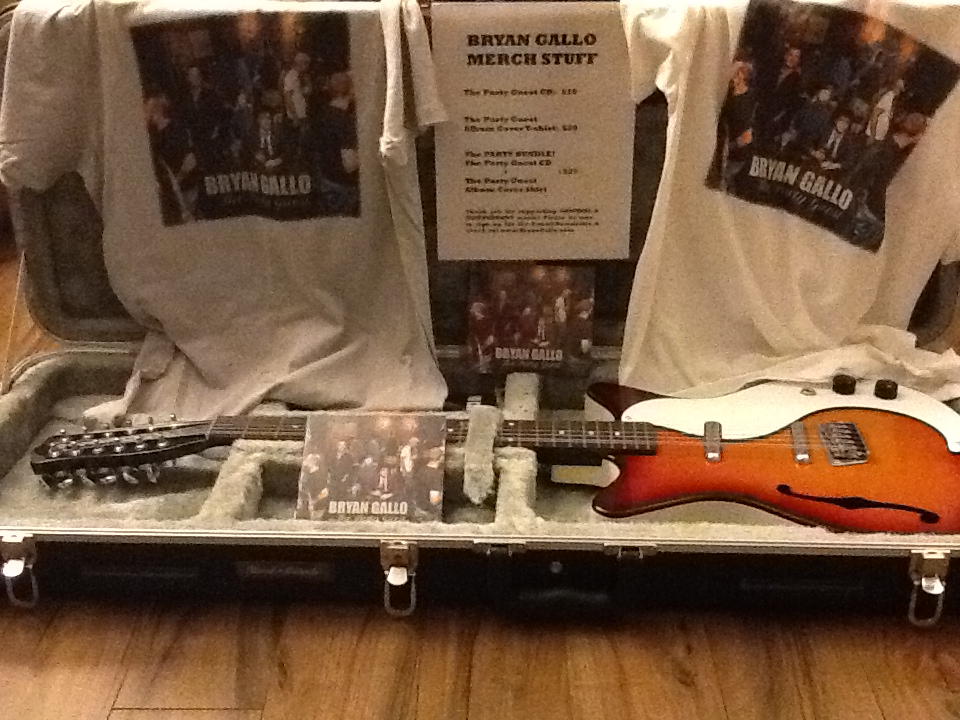 (The Danelectro 12 String pictured here will not be available for sale at the release show, but will be available to hear as I'll be "plugging in" for the first time in several years.  Prepare yourself for some jingle-Jangle!)


For those of you who can't make it to the show to purchase a hot-off-the-presses CD, you can find the album for sale over at my Bandcamp page or for you Apple fanatics it seems as if it's already gone live on iTunes as well!  I'm still trying to figure out when and where it should be for sale in a physical medium via CD Baby & Amazon (should be pretty soon) but if you'd really like to get your hands on a CD copy and are not able to attend the release show or won't be at a performance of mine in the near future, feel free to send me an E-mail via this webpage and we'll make it happen!

I'm so excited to be able to share these 11 songs with you all.  This album has literally been years in the making, and Pete Mancini (of Butchers Blind) did a great job producing the album & Mick Hargreaves did an awesome job capturing our sounds via his Lantern Sound Recording Rig.  If you like what you hear, please be sure to spread the word and tell a friend or two.  I'm an independent artist without a record label, so the support from great people such as yourselves is priceless and highly appreciated.

Thank you so much, and happy listening!