Some thoughts on where Music has taken me, both in Body and Mind.

As I was sitting down to do some desk work yesterday on the evening I returned from performing a private wedding event up in the Catskills Mountains in Big Indian, NY, I had a lot of thoughts on my mind and felt the need to write them out.  I was able to, and wanted to share them all with you here: 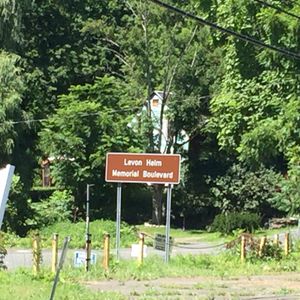 On my way to the venue, I passed through Woodstock, and saw the sign for the Levon Helm Memorial Highway, which was dedicated to him shortly after he had passed away. When I got to the venue in Big Indian, I couldn't help but be taken back by the beauty and peace of mind I was able to gather deep in the mountain ranges of Upstate NY. I thought to myself that this was probably the same thoughts that the members of The Band had when they holed up in Big Pink with Bob Dylan over in Saugherties in the late 60's to create some of the most iconic recordings in Rock history. Levon included.

Part of my setlist for the cocktail hour I performed was "Atlantic City" (penned by Bruce Springsteen) and "I Shall Be Released" (penned by Bob Dylan). These 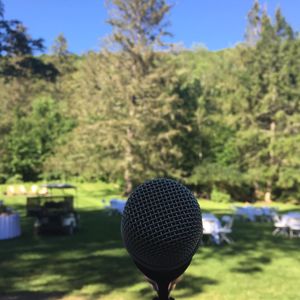 are both songs that The Band had recorded, and Levon sang lead on the recording for "Atlantic City". I happened to sing both back to back during my set because I did them both in the key of A with the capo on the second fret, so it made sense in terms of keeping tuning changes to a minimum. When I was half way through singing "I Shall Be Released", I realized the connection of both songs as I stared right into a line of trees that seemed limitless in their reach up into the uninterrupted blue sky.

I got lost in those thoughts, and got taken back to a time when I went to one of the Midnight Rambles at Levon's barn (back in 2010 or so) shortly after he had returned from treatment for his throat cancer. I sat in a seat that was so close to him, that I was able to rest the edge of my feet on his drum riser and hear the crack of his snare right in my ear. He didn't sing much because of his illness (he sang a few verses here and there) but his joyous spirit filled the whole room. There was an announcement before the show that Levon would not be signing autographs or anything of the like afterward, but I got up at the end of that show and called over to him a few feet from me to say, "Thank you for the music, Levon!" And he put his hand out to me to shake it and replied in his signature Southern rhasp, "Thank you, son!" A few years later, Levon passed away due to the complications from his illness, but we all thankfully still have the music he created, and I'll never forget that special moment I had at "The Barn". 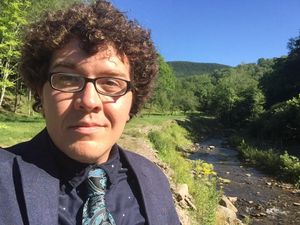 As I re-centered my thoughts and came back to where I was, staring at the lyrics of "I Shall Be Released" on the page in front of me, I couldn't help but feel a bit emotional but made sure I kept my voice from cracking as there was a job to be done and people to entertain. I suppose the whole point of me sharing this anecdote is that Music is a wonderful thing that can take us places both mentally and physically. I'm so grateful for the musical experiences I've had in my life thus far as without them, I'd be a shell of the person I am today. I hope they never end, and I wish everyone else out there the chance to come across some magical, musical moments in their lives as well.