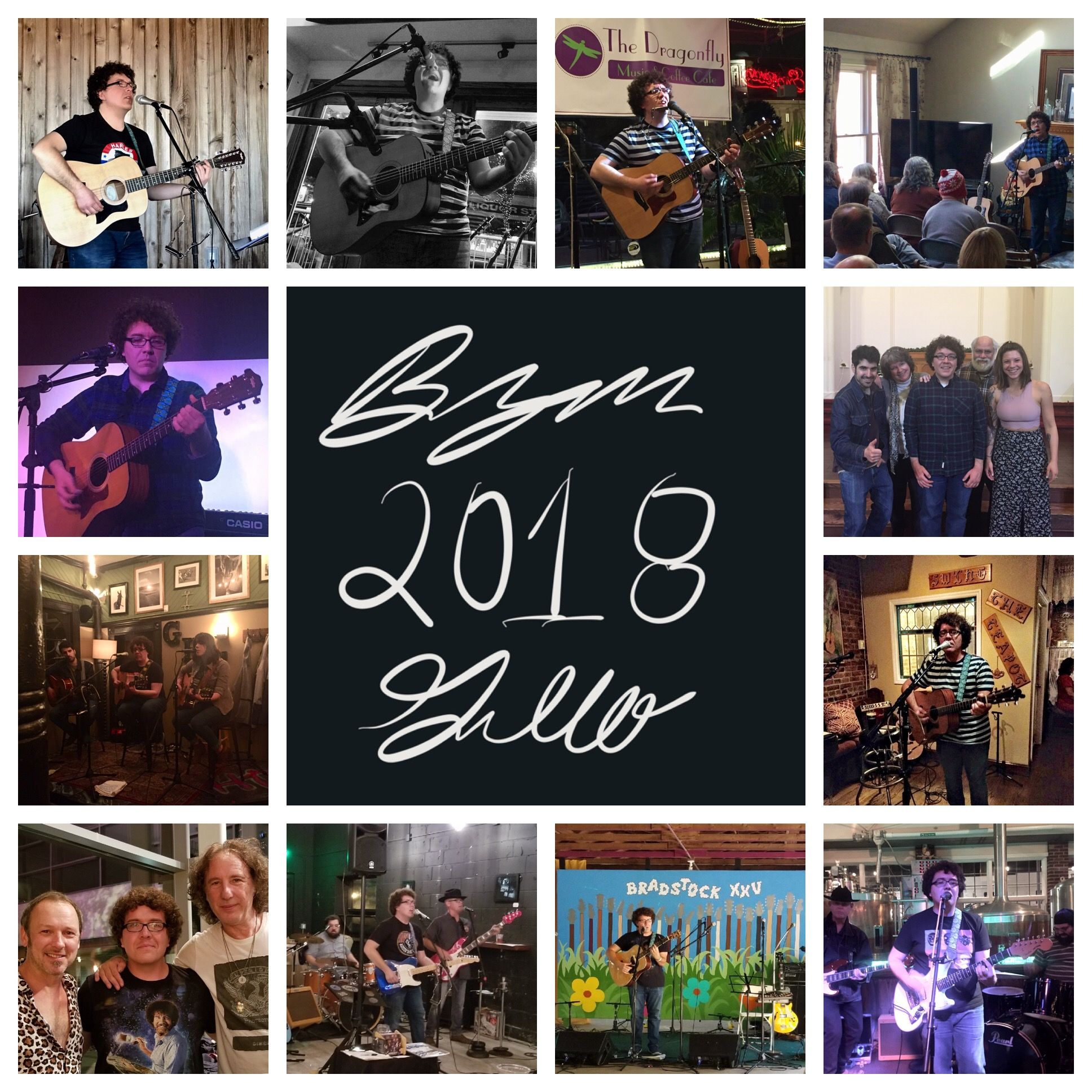 2018 was quite the eventful year for me musically.  According to my count, I had 84 solo performances and 9 total with the full band.  I had several shows that were song swaps/“In The Round” events sharing the stage with some other great Songwriters.  I had a handful of shows that saw me cross the bridges off of Long Island and perform in the Garden State (with one at the beautiful 1867 Sanctuary and also one as part of the fantastic Folk On Foul Rift house concert series.) I focused on trying to perform more shows this year with a full group, which I accomplished and went from going out as a four piece outfit to a three piece group.  This was challenging at first, but it got me to really focus on the “meat and potatoes” of my songs and also pushed me to get reacquainted with truly playing “electric guitar” yet again.  I also got the opportunity to do some really cool opening stints, including gigs at the Tilles Center where I performed a solo set of all of my favorite 80’s tunes at The Lost 80’s Live show (where the guys in Wang Chung took the time to say hello and had some kind words to say) and again with my full band before Dennis DeYoung performed “Come Sail Away” not once, but TWICE.

I’m most certainly grateful for all of the opportunities I had throughout the year, and look forward to keepin’ on into 2019.  I’m hoping to keep the full band gigs on the regular (there’s already one scheduled for February of next year) and I also hope to schedule myself some more dates that’ll see me venture beyond the confines of Long Island.  I’ll be starting off the year by beginning work on recording a batch of songs that I’ve been performing with my full band in the past few months, so I look forward to see how those shape up in the studio and if I can get them to come out on tape the way I’ve been hearing them in my head for a long while.  It’s been quite some time since The Party Guest was released as my debut full length release (over four years now), so I’m very excited to finally get cracking on some new recordings.  I’ve been hung up for a while on where me and my songs are supposed to “fit in” as part of today’s modern sonic landscape.   But over this past year, I’m pretty sure I’ve discovered more than ever how to stay true to my heart and my ears, and to know what makes my songs really sound like they’re “Bryan Gallo songs” .  I can’t wait to share that with you all in this upcoming year, and I hope that 2019 brings everyone good health and good vibes all around.